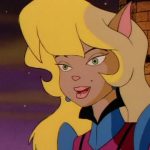 (Unfinished) After a brutal attack by Dark Kat, Megakat City tries to return to normal despite crippling losses. But, destiny & fate have something else in mind — something that will change the lives of Callie, Felina and Ulysses forever! The stage is set for the fate of the Swat Kats and perhaps all creation as they know it!

T-Bone, Razor, and Niaome go back to the Dark Ages, and tensions arise over Callista’s hand in marrage. Included is the ultimate anti-tED tURNER story known to mankind!

When, years before the SWAT Kats will unintentionally visit Megalith City’s magnificent halls, duty and desire cause the paths of two different kats to cross, the future of a whole kingdom is suddenly connected directly with their fates. Rated M for strong language and violence. (Complete)

Supah Callie Now To Me That Seems a Tad Facetious

It is commonly known that Queen Callista stole The Pastmaster’s heart all those centuries ago. But what is less known is that their quarrel goes further back, and even then she managed to take away something of his. He wasn’t pleased, believe me.

RT, T-Bone, and Razor all travel back to Medieval times to help Queen Callista with an evil sorceress. The finale of her stories with RT.

The Tale of Xanim

First of his “Origins of Calico Briggs” sub-series. Queen Callista the Second, having been forced to flee her home, seeks out the SWAT Kats, who had served her mother many years before. Can they save her and save her bloodline? Or will history continue unaltered despite their attempt? (Oneshot – Complete)