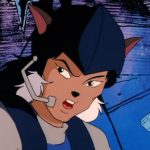 
Warning: Use of undefined constant wp_pagenavi - assumed 'wp_pagenavi' (this will throw an Error in a future version of PHP) in /home/callieb8/public_html/skfanfic.com/wp-content/themes/skffa-2017/includes/tax-archive.php on line 131

A Blaze of Love by Midnight

Chance and Felina spend some quality time together.


Warning: count(): Parameter must be an array or an object that implements Countable in /home/callieb8/public_html/skfanfic.com/wp-content/themes/skffa-2017/includes/get-terms-table.php on line 7


Jake is alone at the salvage yard when Callie unexpectedly arrives. She is stuck there because of the storm. Felina gets a birthday present, but she can’t enjoy it much. Hard Drive has managed to steal something from Pumadyne again. (Complete Installment of His New Series)

Callie and Felina go to the Ferals’ anniversary party. (Rated M for content.)

(Unfinished) After a brutal attack by Dark Kat, Megakat City tries to return to normal despite crippling losses. But, destiny & fate have something else in mind — something that will change the lives of Callie, Felina and Ulysses forever! The stage is set for the fate of the Swat Kats and perhaps all creation as they know it!

(Unfinished) This is a crossover. The Borg from Star Trek have been attacking Megakat City for days, recognizing its citizens as worthy of assimilation, but interference from the Swat Kats has convinced the Borg Queen, the leader of the Borg, that they must use a Kat to help them assimilate the citizens of MegaKat City. That person just happens to be Razor.

An evil sorcerer named Abadon is after the sword of Ecaudor, which he can only possess by killing off the possessor. But with Ramis gone and Maric unsuccessful, that leaves . . . Jake? Meanwhile, Abi learns something Thoran has hidden from her about himself, and her own destiny.

Hard Drive and Dark Kat team up again, which as usual can only spell trouble for the SWAT Kats. But when Felina is injured in battle, T-Bone takes it more personally.

A battle between Dark Kat, the Enforcers, and the SWAT Kats turns tragic for the inhabitants of Megakat City. (Rated M for content.)

While testing the TurboKat II, T-Bone and Razor cross dimensions again. And, while there, the alternate Felina reveals a few things to Razor that leave him doubting some of the choices he’s made.

Someone is shooting down enforcers, and T-Bone is worried about Felina’s welfare.


Warning: Use of undefined constant wp_pagenavi - assumed 'wp_pagenavi' (this will throw an Error in a future version of PHP) in /home/callieb8/public_html/skfanfic.com/wp-content/themes/skffa-2017/includes/tax-archive.php on line 156