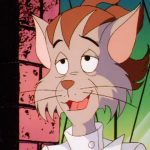 “Partner, RIO, Teammate, Best Friend… No, he’s more than that… and I never thought about it, but… ‘What if I lost him?’…”

Monsters of the Mind

When Dr. Zyme experiments with recreating mythological monsters, something goes terribly wrong. And now, MegaKat City is overrun with creatures even the SWAT Kats may not be able to handle! (4 Chapters – Complete)

The Giant Bacteria: The Novelization

A novelization of the second SWAT Kats episode, with some of the author’s own changes and embellishments based on a rewritten teleplay he did. (7 Chapters – Complete)

Whatever Happened to Dr. Zyme?

Oft-overlooked Megakat Biochemical Labs researcher Dr. Zyme was thought to have been killed by one of Dr. Viper’s giant bacteria monsters, but fate had other ideas for him. (Work In-Progress)